How To Make Colombian Ajiaco without Traveling to Bogota 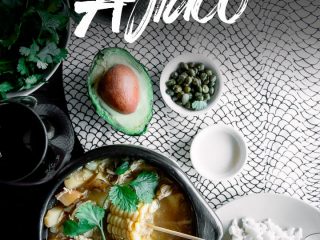 Colombian Ajiaco, a chicken and potato soup made with corn on the cob, cilantro, and guascas–a herb from the daisy family used in Colombian cuisine. Ajiaco is the typical dish from the region surrounding Bogota and is often eaten at Sunday lunch and at family celebrations.

Hola, amigos! I am super excited to share this Colombian Ajiaco recipe with you as it was one of my favorite discoveries on our recent trip to Colombia.

While we were in trip planning mode (which was very short because we decided to travel to Colombia only a week before!) we did what we always do when travel planning–reached out to our network.

We asked for things to do, sights to see, and dishes to eat in Bogota, Colombia and received many recommendations for restaurants and meals throughout the country–but almost everyone told us “If you go to Bogota, you must eat ajiaco.”

Name me one museum you know that has delicious food. Ok, I’m sure there are some but the museums I frequent are known for their art or history collections, not culinary collections.

But I was pleasantly surprised to enter the Bogota Museo d’Oro (Museum of Gold) and not only find very interesting gold exhibits, but also outstanding food. Like, phenomenal food. Food so good my mouth is watering while I’m writing this.

Anyway, I digress. This long story is to say that I first had Colombian Ajiaco while at a museum and it knocked my socks off. I knew I would try to recreate it once I returned home to my tiny San Francisco kitchen.

So let’s get down to it–everything you want to know about Ajiaco, the delicious chicken and potato soup from Bogota, Colombia.

Colombian Ajiaco, the traditional chicken and potato soup from Bogota.

Ajiaco is a soup of chicken and three types of potatoes simmered in a light broth with onions, garlic, cilantro, green onions, and a small piece of corn on the cob. The soup is served in a sizzling chamba soup pot with white rice, sliced avocado, and a small pot of cream and side of capers for mixing.

The history of ajiaco is debated and many countries (including Cuba, Colombia, and Peru) claim its origin, but one thing is for sure–Colombians have perfected it.

Colombia, like other South American countries, has a deep history and culture built around the cultivation of potatoes. Ajiaco is a soup that was created to take advantage of the abundant potato harvest and traditionally includes three regional potato varieties: criolla, pastusa, and sabanera.

The dish is commonly found in near Bogota as the region is mountains with a colder climate, which is ideal for growing papas, or potatoes.

However, the secret ingredient in ajiaco that may be challenging for cooks living outside South America to acquire is the herb guascas. Guascas (galinsoga parviflora) is a plant in the daisy family that is used as an herb in many South American cuisines, but is especially prevalent in the cuisines of Colombia and Peru.

In the United States and the UK guasca is known as quickweed, but I had a hard time finding it even at my local Latin grocer so buying on online is recommended.

How to Make Colombian Ajiaco

First, the chicken is cooked in a stock with onions, garlic, cilantro, green onion, and the herb guascas. Then the chicken is removed to cool and the potatoes and corn are cooked until soft.

Meanwhile, the chicken is shredded and then added back and the entire soup is served with a side of cooked white rice, sliced avocado, cream, and capers. Delicious!

Tips, Tricks & Tools: Colombian Ajiaco ingredients are easy to find in most grocery stores, however the herb guascas generally needs to be purchased online. However, you can substitute guascas with dried oregano (still delicious, but not exactly the same flavor). For equipment, a large soup pot is necessary and, while not required, ajiaco is traditionally served in chamba soup pots (I have two of these chamba pots but if you want to be fancy, try higher end chamba pots). It makes the experience much more fun!

Try another of my Colombian-inspired recipes, such as Colombian Spicy Vegetable Arepas or Healthy Baked Patacones.

And if you try and love this recipe, don’t forget to rate it below, share on Pinterest, and tag me on your photo on Instagram. I love seeing you recreate Fork in the Road’s recipes! 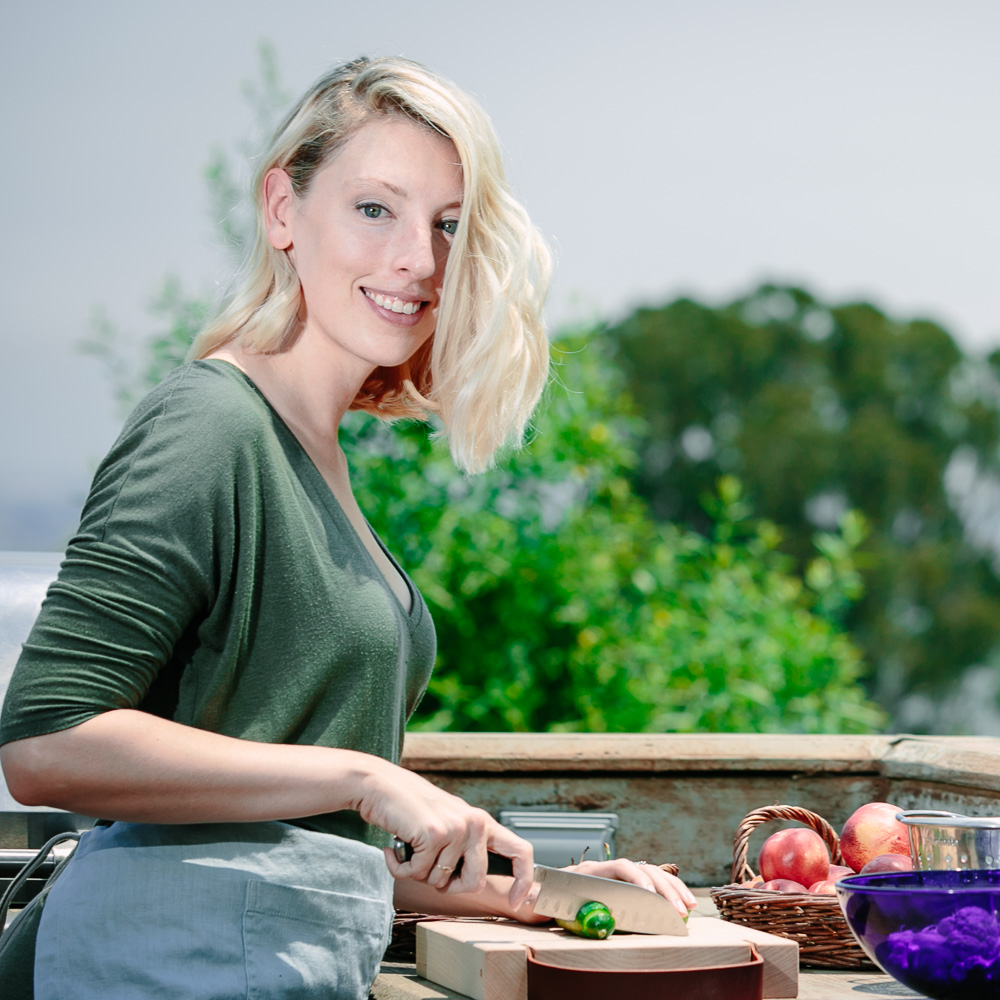